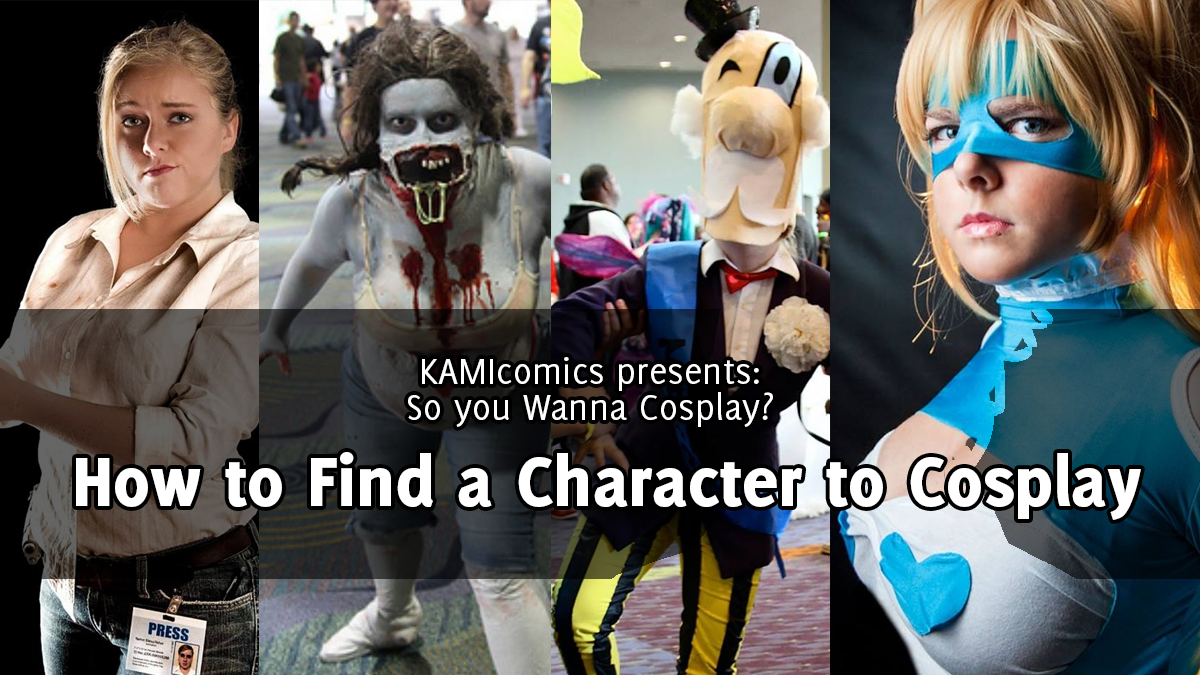 Alright. You want to cosplay but you don’t know who. Or you finished a cosplay, and you want to find your next one. How do you choose your character?

There’s two parts to it – find a character, then figure out if you can do them.

This is the easiest part. Just watch TV, a movie, read a book or comic, play a video game or table top game, etc. Most people do this daily.

Because 99% of the cosplays I pick are random, impulsive wants, I have a massive list of characters I want to do. Almost everything leads to me wanting to make something! To stay on top of it, I keep a running list of cosplays in Google Drive. It looks something like this: 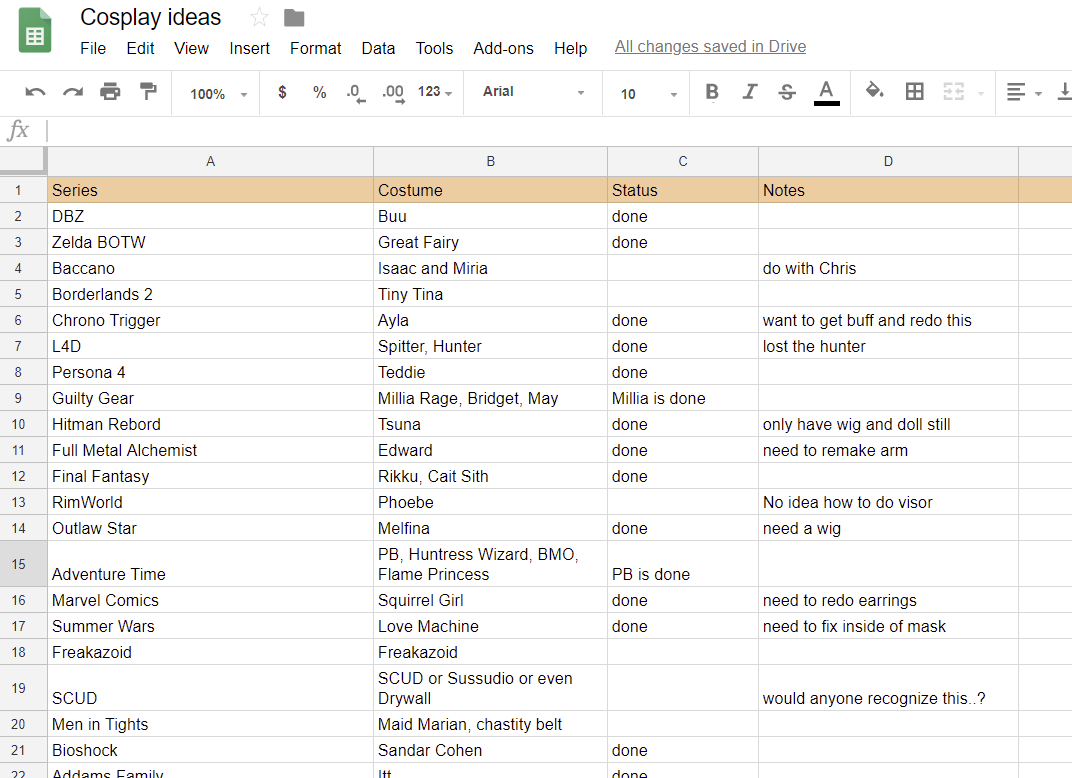 This is useful if I get asked to be in a group cosplay (or see a posting about one, because you don’t always get asked BUT you should jump in and DO ONE). It also means I don’t have to remember I wanted to do a costume. I haven’t watched Men in Tights lately, and building a cosplay for it isn’t in the forefront of my mind, but since I have the costume on this list I can remember it next time a good opportunity presents itself.

Another option is to check out wikis, like the Fictional Characters Wiki, which has characters sorted by features like hair color, or the Anime Character Database, where you can get a whole page of blue-eyed girls with waist length blonde hair.

Narrow down your options to one costume (per day):

Doing more than one costume a day is plausible, but I think it’s more fun to do one costume and then spend the rest of the day enjoying the event you’re at.

There are three ways I settle on a final costume.

These are 3-5 things you want out of your cosplay. Usually, this will give you some vague idea for a character, and then you use your limitations to narrow it down.

Here are some goals to get you started

Once you figure out your reasons, you should also decide on your limitations. Common ones are…

Finding your limitations will clear out a lot of costumes. Three weeks before a con is no time to start on a Big Daddy cosplay. However, it’s a good time period to throw together a Little Sister, and if you have extra time you can build her syringe.

A beginner cosplayer probably doesn’t want to try and build d.Va’s mech, but d.Va herself is a great beginner level costume where most of it can be purchased.

Around this point in the process, you probably have a good idea of who you want to be. Now consider the following…

Using the above, I’m going to pick four cosplays to build in this series of articles.

These will be for these blog posts, so my only limits are:

Next, I use my goals to filter my big list of characters I want to do, then make sure nothing about this costume will limit me from making it.

This usually limits me to characters who are close to my height and build, but you don’t have to let that limit you. That’s still a massive amount of characters, so let’s continue.

One unique thing I like to do is to give an homage to the medium’s style, too. For example, the art from Borderlands or Windwaker has a distinct, cel-shaded style. Bringing the art style into the character would be a fun challenge. 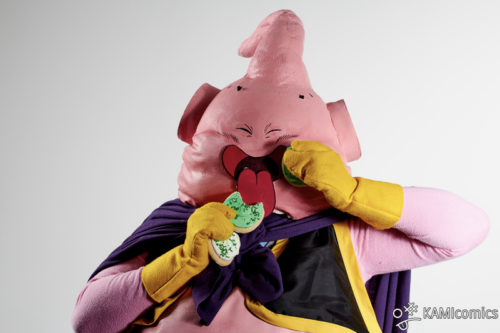 For Buu, I brought in the super anime features and facial expressions

Personally, I’m feeling really cartoony right now. I want to try to do another cosplay that captures the art and whimsy of cartoons. I also want to mess around with a cosplay that features lights. Finally, I love building eye-catching props and prosthetics, so I’ll probably do that. All of these are pretty easy skills to get started in, so it still falls within my limits.

At this point, I don’t have a character decided, but I’ve narrowed it down a ton. I’m going through cool characters from the media I’m consuming and getting some good ideas. I’ve also vetoed a lot of the characters on my google drive list.

I just asked Chris and he’ll do a cosplay with me! This narrows my options for at least one costume down to pairs of characters.

Chris’s personal limits are he likes to dress as a guy, and he wants to keep his facial hair (so his character needs a beard or their face should be hidden).

When cosplaying in a group, if you want to look like the character, remember how you’ll look standing next to everyone. For example, if your character is short, but you’re tall, grab an even taller friend, and boom! You’re now the short character. You can also do fun tricks like change how your height appears by how you stand in relation to other characters (more on that later). 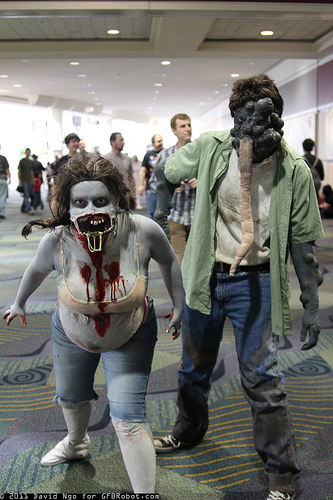 I’m shorter than Merrt, so I usually picked characters to complement the height difference

Personally, I would like a couple’s shoot from this, so I’m probably going to pick a couple that we like to get some kissy photos.

4) To build something with a challenge, or that I want to level up a skill on

Building Buu, I avoided body paint because, in the past, it’s been difficult to apply and keep on. Another cosplayer showed me the stuff she used, which didn’t smear or anything, and now I really want to mess around with that product. I’ll probably do a character who has body paint.

I would also like to do some makeup. I don’t wear makeup, so my skills there are limited. 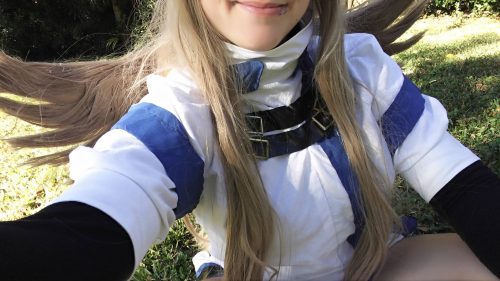 I want to get better at building fake prosthetics, like ears or masks or gloves.

At this point, I have enough stuff to narrow each costume down. My requirements are:

I put a lot of time into my cosplay, and more time earning the money and skills it takes to build a costume. I’m going to do a character I adore. That wipes out a ton of characters. For example, we could do King Leonidas and Gorgo, but I don’t like 300 enough. We could do the Phantom and Christine, but the Phantom is crazy creepy. I don’t want to kiss the Phantom.

In this case, I’m going to use these costumes specifically to show how I build them. They need to be beginner friendly and should have something visually interesting about the character. A lot of times people think “beginner cosplay” is something like Captain Hammer, a really simple outfit that’s just a t-shirt and jeans. While that’s a fine costume, it doesn’t mesh with my other goals. I want to do beginner friendly, but it looks more complicated and cool than it really is.

Using the above, I have 4 winners for the costumes I’m going to build.

Huntress Wizard, an action character featuring bodypaint, and an art style I can bring into the piece. 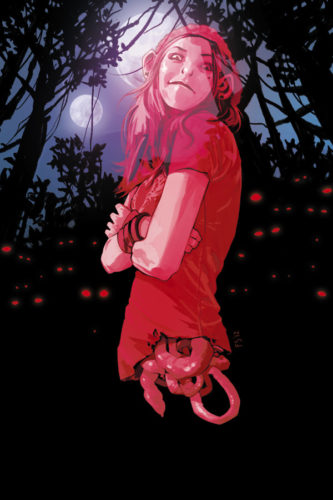 Izabel, quirky character with some facial prosthetics, and something impossible about the costume (she’s the floating top-half of a teenager). Also, more body paint. 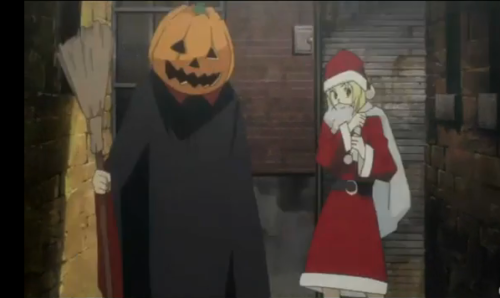 Isaac and Miria, a couple’s costume where the guy has a mask, and the girl is shorter than the guy. A cute couple that will be a really easy costume, focusing on the acting part of cosplay over the costume building part. 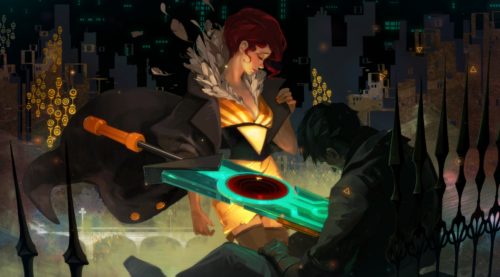 Red and the Boxer. A couple’s costume where the guy’s face is hidden, girl allows me to do some makeup practice. Featuring a lot of good couple shots and a really cool, light up sword. A series we both love.

Now I have the costumes. My next post will detail how I plan cosplays, using these characters as examples.